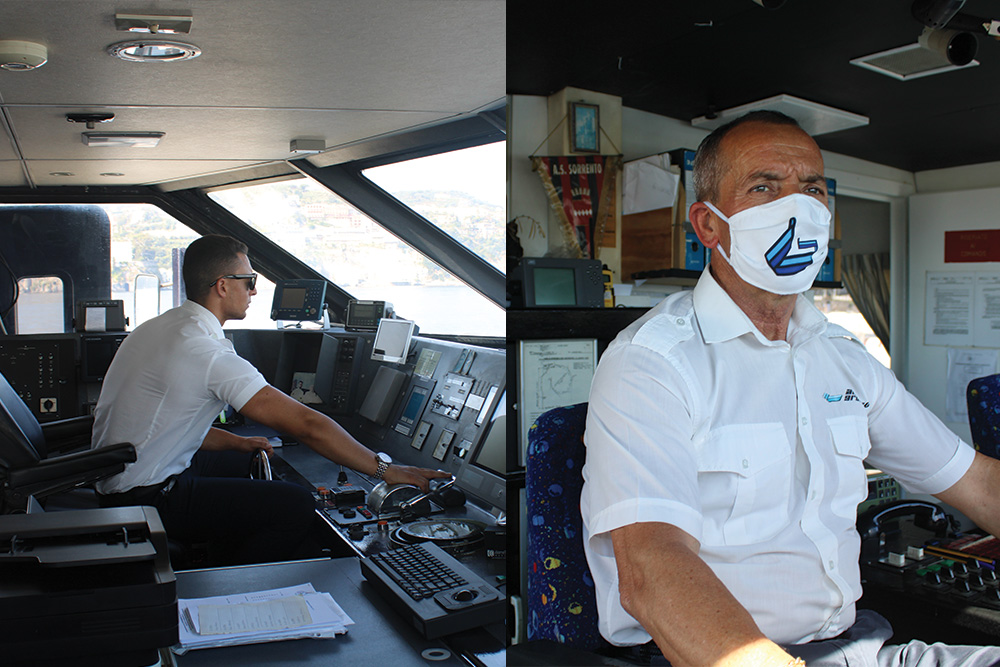 The ALILAURO GRU.SO.N. S.p.A. was born in the early 90s from the merger of ALILAURO S.p.A. present in Ischia and GRUSON S.R.L. operating in the Gulf of Sorrento since the 1950s as a representative body of Sorrento boatmen. Our company is now known for being a pioneer in continuous innovation. Since its foundation, the needs of passengers have been at the heart of its development and growth.

The safety of our customers is one of the fundamental values, and the criteria to which all our activities and practices conform. We are constantly striving to maintain and improve safety, and to make it an integral part of our corporate culture.

We operate on modern, efficient and comfortable boats and, thanks to the work of our crew, we try to offer, every day, the best service to our travelers from all over the world.

Based in Sorrento, the link between the islands and the mainland, we have made the passage to and from the Amalfi Coast and the Gulf of Naples more accessible and easier, together with its splendid islands of Capri, Procida and Ischia, contributing to the development of tourism and therefore for the benefit of our community.

Our company is oriented towards a goal of technological gratification, always to the benefit of the user. The best fleet, the best service, the best welcome, the best comfort; we are working to succeed. But to get fast and lasting results we count on the collaboration of all travelers. We ask you to stand by our  side to stimulate us to progress while we will continue to dedicate all our commitment, all our desire to improve and grow. 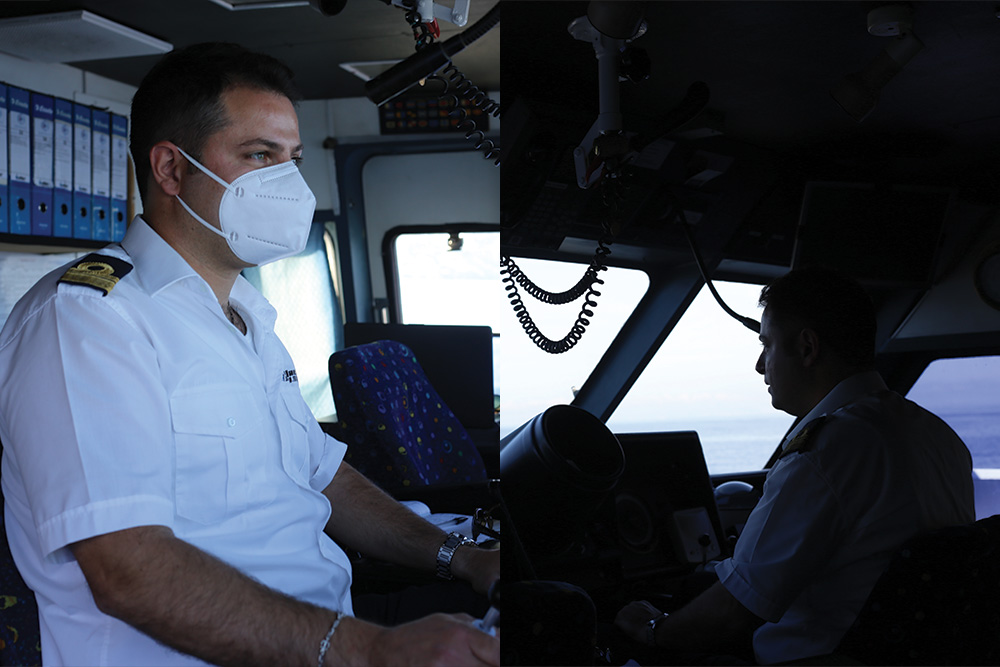 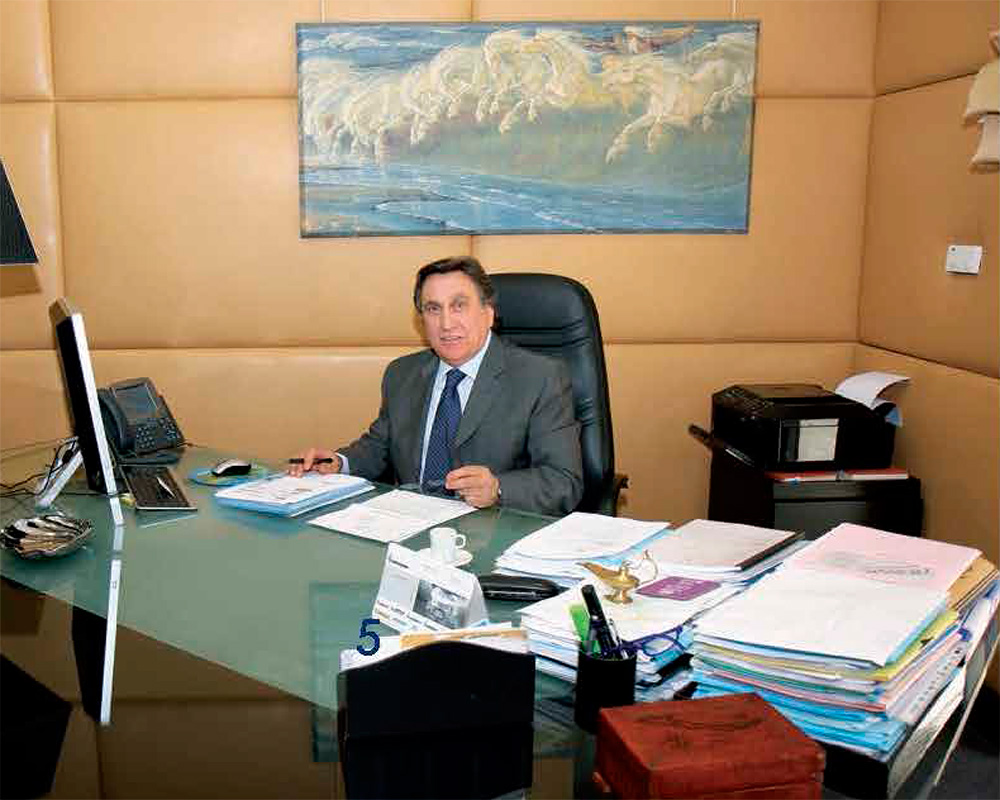 Family, work and Sorrento: these are his great loves.

"Sorrentino d.o.c." for five generations, born and rocked by the waves of the sea of Marina Piccola, Salvatore Di Leva has covered his entire career as a sailor: from ship boy to the rank of commander. From '75, the year in which he embarked as an officer on the cruise ship "Achille Lauro", Salvatore continued his career on cargo ships of the "D'Amico" company until 1978, when he became the youngest titular in the sector.

He is currently the promoter of many initiatives that have given to the tourism and pleasure boating sector of Sorrento. When the company at the time "Gru.So.N", a Sorrento navigation group, went through difficult times, it took over, restructuring and modernizing it through the purchase of three ships, in order to maintain market shares. Leverage sees far. In 1990 with the arrival of new technologies, he sensed the enormous development of fast boats and hydrofoils and created together with the company Alilauro, of the partner-friend Sen. Salvatore Lauro, the Alilauro Gru.So.N SpA, and since then it has began to grow . To date, the Alilauro Gru.So.N company has more than 300 employees between seafarers and administrators, and its greatest pride is precisely that of having created jobs and having teamed up with all its collaborators. His tireless enthusiasm and constant commitment to work have contributed to designating him deserving of the "Sorrento in the World" Award

An infinite relationship with the sea

La Gru.So.N Srl It was founded in 1944 as a representative body of the Boatmen of Sorrento. Operating in the Gulf of Naples, connections were initially organized to Capri, and to the Blue Grotto with polished, elegant and fast wooden motorboats.

The first "iron" ship they called it, which was purchased was San Valentino. Initially it covered the route between Sorrento and Capri, then then ischia and Positano.

The "Campania Seconda" was purchased covering the route from Sorrento to Capri and if necessary Ischia.

After, from the "Lauro&Giuffrè" company purchased the Motorship Faraglione, covered the route from Castellamare to Sorrento and then Capri, and also trips from Sorrento to Ischia. He remained in service to our society until the late 1990s.

Alilauro Gru.So.N was born in the early 90s from the union of ALILAURO S.p.A. present in Ischia and GRUSON S.R.L. With the birth of this new society, means of transport also change, no longer motorboats. The first to arrive were the hydrofoils also called Popov.

After jets hydrofoil were purchased that "fly fast over the sea". The emblem is the arrival of the Superflyte, Head of Fleet, and for its characteristics it is considered the best unit operating in the Gulf of Naples and Salerno.

In recent years our fleet has expanded considerably. From six maritime units including single-hull jets, catamarans and motorboats, we have reached 12 units. Among these we can also boast the only boat able to pass through the marine protected area.

Another important date is 2018 with the acquisition of the Marina shipyard in Stabia, born in 2007 includes a total area of 60,000 square meters of which 9000 square meters covered and 51,000 square meters of manoeuvring and resting squares; It has a technical dock with three toage tanks and a quay of over 100 meters for floating ship processing with a catch from 4 to 6 meters.

Do you need help?